These contributions are provided as regular (core) resources, or other resources earmarked for specific purposes.

Development is a long-term process that requires a clear strategic focus and the ability to respond to immediate crises and emerging challenges and opportunities. UNDP continues to work towards expanding and diversifying its resource base in order to implement its 2014-2017 Strategic Plan and fulfil the promise of the Sustainable Development Goals. 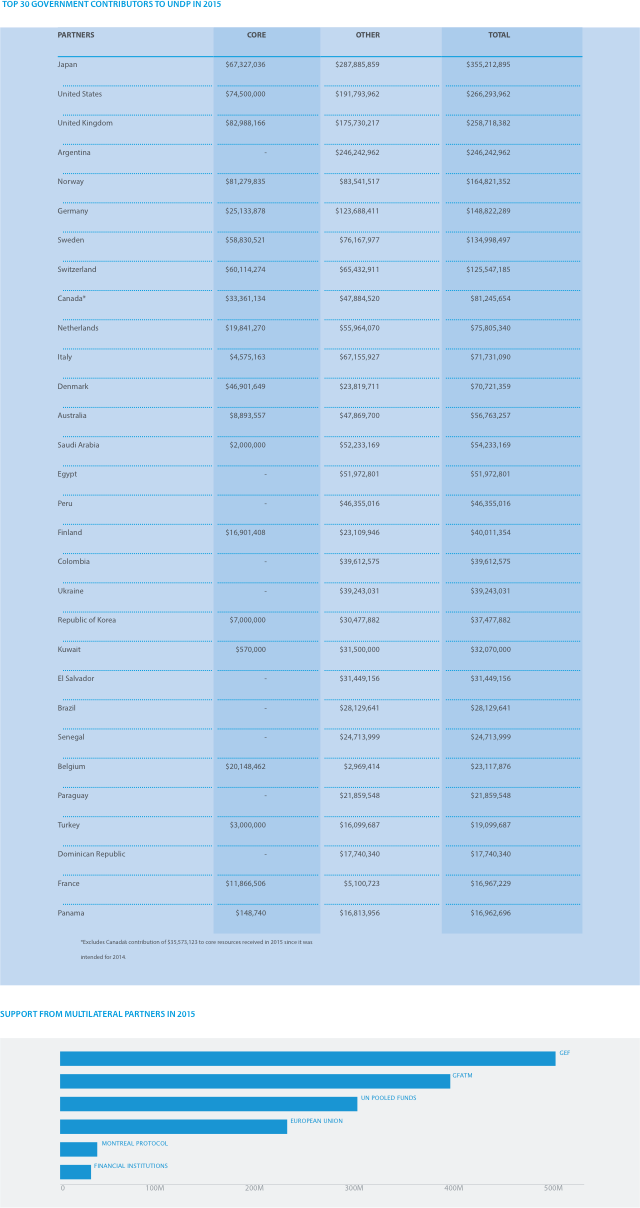 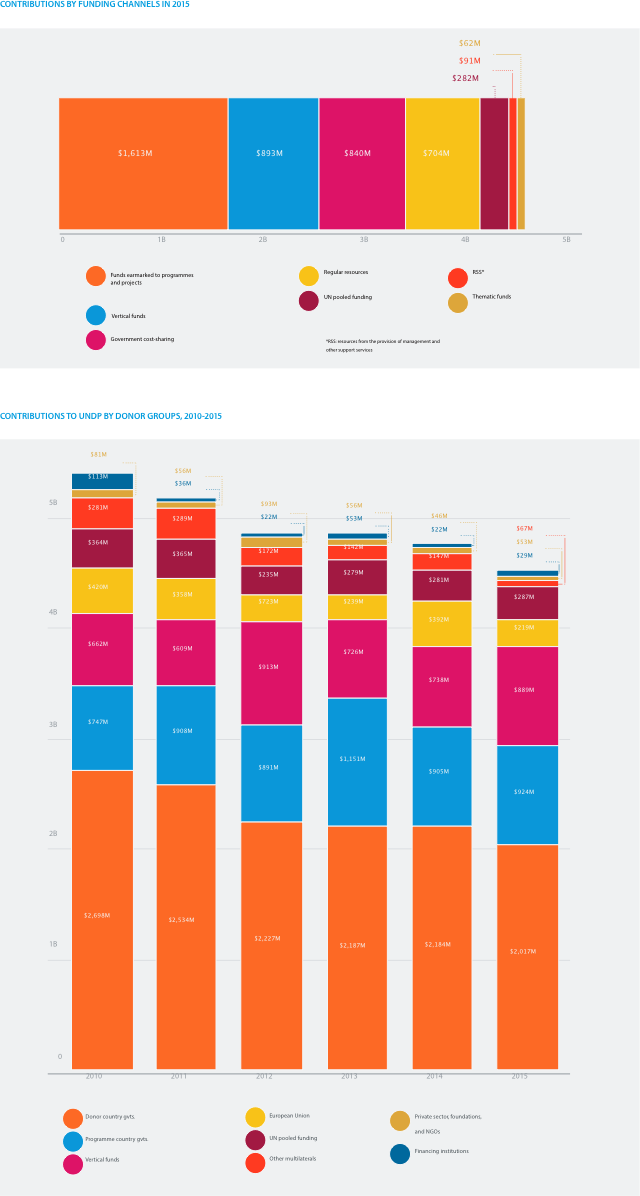 As the UN’s lead development agency, UNDP oversees a nearly $5 billion portfolio, including specially funded initiatives from partnerships with the Global Environment Funds (GEF) and the Global Fund to Fight AIDS, Tuberculosis and Malaria (GFATM).

Yet it is the regular, continuing “core” support from partner countries—totalling $704 million in 2015—that makes all these other initiatives possible. It is essential to UNDP’s ability to respond to development emergencies, such as the earthquake in Nepal or the cyclone in Fiji. Core funds also helped UNDP deliver urgently needed aid to people affected by the Syria crisis.

These emergency interventions depend in turn on UNDP’s ongoing collaboration with national partners in programme countries, including its crucial role as coordinator for all UN operations in most of the developing world. That too is funded largely from core support, which covers the operating costs of the UN Resident Coordinator system that provides leadership for the entire UN development system at the country level.

Core funds also enable UNDP to meet its commitments to the highest standards of quality control and rigorous, detailed public reporting on all its projects and finances, at both local and international levels. This regular funding is what makes UNDP a reliable, effective partner in all our programme countries.

Gender: At least 15 percent of funds channelled through the Windows will be used for gender-specific activities, to ensure a fully mainstreamed and integrated approach to empower women and promote gender equality.

Whatever the Funding Window, programme countries benefit from receiving more flexible resources in support of their national priorities. Partners benefit from pooled funding and lower transaction costs, while UNDP has greater flexibility to respond to the country’s needs and priorities more effectively.